The rapper will pay for his antisemitism but nothing else will change. Twitter and Instagram were once cute but have turned vicious 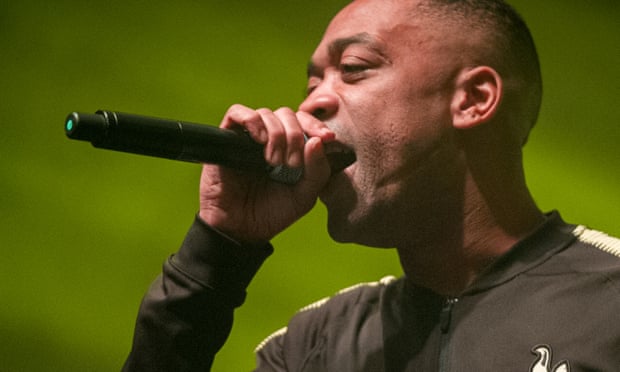 The pandemic-induced economic collapse has devastated several industries, even as others have thrived. The arts and hospitality sectors are struggling yet Amazon and the banana bread industrial complex are booming. And then there is the internet racism industry that goes from strength to strength. We’re constantly told that our manufacturing sector is on its knees, but somehow we have a near ceaseless production line of jerks.

The latest of which is Wiley, grime artist and online bigot du jour. Over the weekend, he unleashed a torrent of antisemitic tweets and Instagram videos. It should go without saying that his behaviour was abhorrent, but given the events of the past few years it’s worth reiterating – racism is bad and you shouldn’t do it.

Priti Patel responded by calling on social media companies to act more decisively to restrict the near-ceaseless flow of hate speech on the internet. Although, if the home secretary is committed to removing racially contentious language from the public domain, she could have maybe started with her boss’s old newspaper columns and his embarrassingly bad novel.

Wiley has been sacked by his management company and will face further deserved consequences for his comments. However, I’m doubtful any changes will follow at the social media platforms. In the past decade, too many members of the Jewish community, people of colour, disabled people, the LGBTQ community and women have found Twitter and Facebook to be cesspits of vile intolerance. If you have the audacity to belong to more than one of those groups, the hostility is multiplied proportionately.

I’ve only recently become an active Instagram user, and part of my reluctance to embrace the platform came from watching the life cycles of Twitter and Facebook, as they progressed from fun spaces to chat to your friends or organise a party, into petri dishes of nazism. As people assured me that Instagram was “different, it’s just picture of cats”, all I could think of was Jeff Goldblum’s line in the second Jurassic Park film: “Oh, yeah. Oooh, ahhh, that’s how it always starts. Then later there’s running and screaming.”

The business models of these organisations are predicated on engagement only, so there is no financial imperative for them to police that engagement, even if it allows prejudice to fester. Instagram is owned by Facebook, and former employees have leaked information to NBC news suggesting that evidence they found of racial bias in the system was ignored by senior managers. Facebook has said the methodology used by these researchers was flawed and that it is “actively investigating” the problem. The allegations should have been more embarrassing to Mark Zuckerberg than recent paparazzi photos of him wearing so much sun cream he looked like the clown from “It” on a beach holiday.

We should have known that an organisation such as Facebook would cause problems. It has been operating as a publishing house and a news source without any of the regulatory oversight we expect for either of those types of outlet.

Also – and this may sound trite, but stick with me – when it came to playing Mark Zuckerberg in a film, they cast Jesse Eisenberg, who also played Lex Luthor. And I don’t know if you’ve seen The Social Network or Batman v Superman, but without wanting to cast aspersions on Eisenberg’s versatility as an actor – those performances are identical.

If an actor plays you, and then plays a villainous character, it’s not necessarily a reflection on your morality. But it is if they don’t have to moderate their performance between roles. Ben Kingsley played Mahatma Gandhi. He also played Don Logan, the villain in the gangster film Sexy Beast. Logan is a gangster and a foul-mouthed sociopath, so those were two very different performances – which I think we can all agree, is a real shame. Let’s face it, the film Gandhi would have been wildly improved by reimagining the Mahatma as a violent, profane customer in line with Kingsley’s performance in Sexy Beast, calling a “facking hunger strike” .

We can pressure social media companies all we want. But I fear real change is about as likely as hearing that Gandhi used the c-word.

Previous ‘Can I just marry a French friend?’: Nish Kumar answers all your pressing Brexit questions
Next Edinburgh’s cancelled. So why am I still dreaming about performing naked there?