Edinburgh’s cancelled. So why am I still dreaming about performing naked there?

I’ve been doing standup at the fringe almost every year since 2006. And despite the stress, lousy lodging and worse food there’s nothing I’d rather do 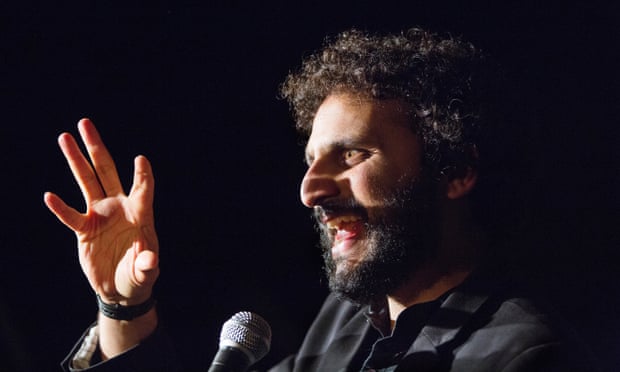 It’s the last week of July and, like most comedians in the country, in any other year I’d be about to head to Edinburgh for the fringe. The dreaded ’rona has robbed us of that, along with everything else. So why am I still having stress dreams about it?

It’s a common occurrence around this time; performers panic about the show not being ready, venue problems or, the absolute classic, doing your show naked.

Incidentally, a lot of shows in Edinburgh generally involve the performer being naked and I’ve always wanted to know if those people have nightmares about performing fully clothed. Sadly, no one in my immediate social circle engages in that kind of behaviour, and I can’t just go up to a stranger – although it would be one hell of an icebreaker – and ask: “Do you experience psychological stress at the thought of people not being able to see your genitals?”

The loss of the Edinburgh festival has huge implications across the arts, especially for comedy. A group of hard-working and diligent people have formed the Live Comedy Association to try to ensure that some of the government arts bailout subsidy finds its way into the hands of club owners, promoters, venue staff and comedians. They deserve a huge amount of credit for the work they’ve already done to ensure that comedy is at least part of the conversation, given that, in terms of arts grants and funding, comedy is viewed as being on a par with Premier League football or Crufts.

I’ve spent every August, bar one, of the past 14 years at the festival. I’ve probably done untold damage to my body, by wolfing down kebabs and pints of Guinness while having panicked conversations with friends about how some joke has stopped working. Now that I can’t go, I am left with one thought: despite the stress dreams, I’d rather be there than anywhere else.