First came the spokespeople of Skittles, then Tic Tacs and the king of crisps Gary Lineker. Who next? Talking M&M’s on Brexit? 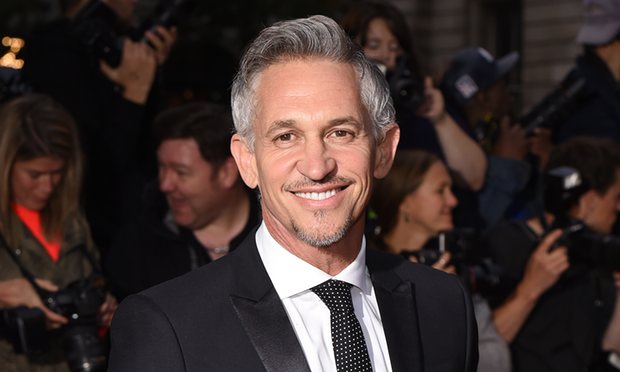 We have become used to 2016 lurching between the extremes of ridiculousness and despair, so it should come as no surprise that the conclusion to draw from the last two weeks is that snack foods are our saviours. Serious stories now go hand in hand with total nonsense: this year is an episode of The West Wing co-written by Adam Sandler – and far from being the endangering foodstuffs we have been conditioned to believe, it turns out snacks may be our only hope.

Last week saw Gary Lineker speak out passionately against the media coverage of refugees, which is perhaps surprising given that, outside of football, the most notable thing Gary Lineker has spoken out in favour of is crisps. He was roundly attacked; the Sun demanded that he be sacked for failing to be impartial, given that he is a BBC host. But this was on his Twitter feed. He didn’t open Match of the Day coverage by saying “What a week in the Premier League! We’ve got all the goals coming up, but firstly, isn’t it time we started forcing all British people to house five refugees? Let’s start with the Royal Family. That’s right, I think we should open up the gates of Buckingham Palace and fill every room with a refugee. And now, Stoke v West Ham”.

But the silver-haired spud salesman has grasped something that his critics have not. The Daily Mail, Daily Telegraph, Daily Express and Sun joined MP David Davies in questioning the precise age of refugees arriving in the UK. It is dehumanising. What’s worse is that How-Old.net, the age recognition software being used by the Mail to judge child migrants, was knocked out by Microsoft developers as a “fun app”. One that was, the company was forced to declare, “not intended to be used as a definitive assessment of age”. I hope these people don’t discover snapchat filters any time soon or they might lose their minds altogether. We’ll be treated to headlines like “SOME REFUGEES HAVE THE ABILITY TO SWAP FACES, BECOME DOGS AND VOMIT RAINBOWS”.

To illustrate the idiocy, Nick Clegg’s former press officer Ben Rathe put David Davies’s face into the app and calculated his age at 58. It must have been a blow, given Davies is 46. Based on the logic bouncing from parliament to the press, we should now be testing all MP’s ages by examining their dental records and speculating about why they might be lying. No doubt there will be some on the “loony left” who will say that MPs have “had hard lives and we don’t know what they’ve been through”; honestly, it’s political correctness gone mad.

When refugees are at a distance it’s easy to be compassionate. Even Red Top Troll King himself, Kelvin MacKenzie, admitted that the image from Aleppo of injured five-year-old Omran Daqneesh haunted him. To the extent that he commissioned a painting of Omran by the artist Jolyon Madden. We’ve all been there – you find something moving, you commission a painting. I know one wall of my living room is taken up by a mural of the end of Toy Story 3. Weird paintings aside, as soon as it comes to offering sanctuary for refugees, basic decency is lost. And that’s all Lineker was calling for: turning abstract compassion for war victims into a practical response. Sections of our press have been embarrassed by the spokesman for crisps.

This isn’t, however, the first instance of the public face of food making more sense than anyone else on a serious issue. Last month Donald Trump’s son – Donald Trump Jr – found himself at the centre of a snack-based storm. (The fact that he is called Donald Trump Jr is of no surprise given his father’s sense of self-worth. I think Jr should just count himself lucky that he’s not called “Mini-Me” or “My Balls Made This”.)

Trump Jr proved himself to be something of a chip off the old block when he claimed refugees might be potential Isis recruits, like “poisoned Skittles in a bowl”. Thus forcing a spokesperson for Skittles to issue the following statement: “Skittles are candy. Refugees are People. We don’t feel it’s an appropriate analogy”.

Then his father made the same sweet mistake. In his now notorious conversation with Billy Bush, Trump said, in reference to actress Arianne Zucker, “I’ve got to use some Tic Tacs, just in case I start kissing her” suggesting the Don is more concerned about his breath than being thought of as a sex pest. The minty pervert was quickly denounced by the company, which made it clear: “Tic Tac respects all women. We find the recent statements and behaviour completely inappropriate and unacceptable”.

And so it seems that the only people you can trust with serious political issues are spokespeople for snacks. I don’t think we should stop here either. Based on recent events, I think representatives on snacks should be consulted on all major world news. What does the Milkybar Kid think we should do about Syria? Is the Fox’s Glacier Mints polar bear worried about climate change and its impact on his natural habitat? And will someone, for the love of Freddo the Cadbury frog, please find out if Yellow and Red, the talking M&M’s from the cinema, favour a hard Brexit?

Previous Schoolmates used to ask me about Indian trains. I can now confirm British ones are worse
Next Fathers know best. Just look at Neymar’s dad