So it’s Shakespeare out and Shaggy in at Cambridge? 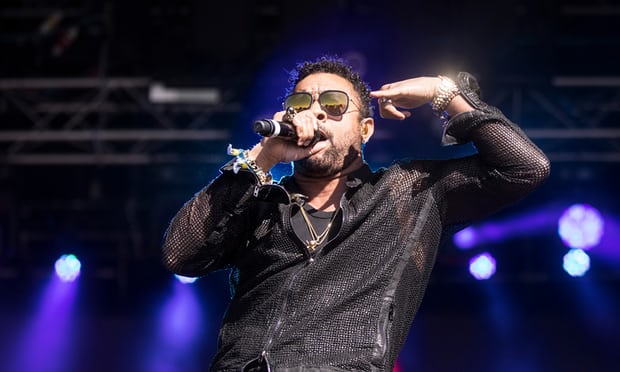 Two key examples of irresponsible journalism have dogged the papers. First, the Telegraph published a photograph of a Cambridge student, Lola Olufemi, who had written an open letter calling for more BAME writers to be included in the syllabus, under the misleading headline “Student forces Cambridge to drop white authors”. The second is my return as an Observer columnist, journalism’s true nadir. The person who founded the Observer is probably rolling in his grave. Whatever his name was. I can’t be bothered to look it up.

Priyamvada Gopal, a Cambridge lecturer, accused the papers of “what to me looks like incitement to race war”. Strong words, but when you consider the facts she may have a point. The Telegraph essentially published a picture of a young black woman under a headline that may as well have read: “This woman wants to replace Shakespeare with Shaggy. Are you going to stand for it?” But then I would say that, given that I was accused in the press as the host of BBC2’s The Mash Report of delivering “pious PC sermons” in a format the writer described as “balls-achingly predictable”. I’ve been doing comedy in various forms (standup, sketch, bad) for more than a decade and had no idea it was possible for a joke to be so obvious that it would induce testicular discomfort.

But at the risk of further bruising for my accuser, let me just say this: the proposals seem reasonable. The letter merely suggests extending the syllabus to ensure “at least a minimal engagement with colonial, postcolonial and ethnic minority authors”. Having spent half my time at university studying English literature, I know from experience that reading lists often contain more white men than Jacob Rees-Mogg’s last birthday party.

People often ask me: “What did you do the with the other half of your time at university, Nish? I imagine it was spent captaining the kissing team.” My answer is always the same – history.

The Telegraph claimed this proposal “could lead to existing authors being downgraded or dropped altogether”. This is yet another example of a request for equality being interpreted as an attack on the majority. The Telegraph may as well have been trying to get “#allbooksmatter” trending on Twitter.

The proposals were recommendations and there are no plans to replace white authors with black ones. I know that because I read a Telegraph correction a day later. Having published Olufemi’s photograph and opened her to a barrage of abuse online, there wasn’t even an apology in its admission that the central thesis of the article and headline was baseless speculation.

Some people might condemn this as reckless journalism and evidence of the hostility faced by high-profile women of colour in our current political climate. But my attitude is “if you can’t beat them, join them”. The final paragraph will be me acknowledging the errors in this article with no apology and in the hope that no one reads this far.

I know the Observer was first published by WS Bourne; I was trying to look cool. I would prefer it if Shakespeare were replaced with Shaggy as it takes ages to learn quotes from Hamlet and I know all the words to Mr Boombastic by heart. No one has ever assumed I was on my university’s “kissing team” and even if one had existed, I would have been, at best, an unused sub. And, perhaps most damningly, I was trying to hurt that guy’s balls.

Previous Want to change your look? We have an app for that
Next The diary of David Davis, aged 69 years and one week