Like the prime minister, I have decided now is not the time for personal growth 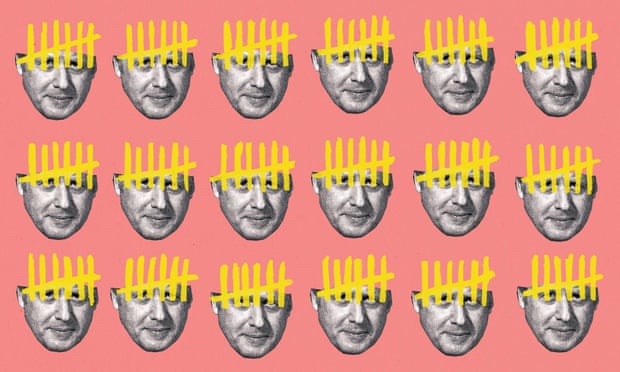 All things being well, we are entering the endgame of the Filthy ’Rona. Pubs and shops are opening, and hope is in the air, along with the vague smell of sick from someone who has clearly misjudged their post-lockdown alcohol tolerance levels.

I had hoped that small talk would also be returning. Even as someone who came of age in the 90s, when you could build a whole personality around saying you didn’t “do” small talk while wearing a T-shirt that had a picture of an alien with a joint, saying “Take me to your dealer”, I like small talk.

And there was no room for small talk in the pandemic. You can’t start a sentence by saying, “Oh! High death rate we’re having!” There’s no point in asking if anyone is planning to go on holiday when the only legal answer is, “Why yes, we’re going on a mini-break to all sleep in our car at the end of the road.”

Much to my disappointment, however, people seem hell-bent on asking big questions. What did you learn about yourself in this period? Did you take up a new hobby? Did you learn a language? How did you improve yourself?

To those people managed any of that, congratulations – but please, for the love of God, shut up. For many of us, this was not a period of growth, unless you define the word growth as “spending hour after hour obsessively refreshing the coronavirus worldometer while binge-watching the American version of The Office in its entirety for the 753rd time, to the extent that you’re now just mouthing along to the words, like Will Smith in I Am Legend”.

This has been a testing period. We weren’t “given the gift of time”, we were trapped under house arrest because the air was full of plague. Some lost loved ones, others suffered from the disease, and many people experienced both. The rest of us must consider ourselves beyond fortunate, but also should not feel under pressure to have finished the classics or taken up weightlifting. The closest I got to either was when I briefly picked up my copy of Ulysses in January, before immediately putting it down, opening a can of Guinness and watching RuPaul’s Drag Race. It’s what Joyce would have wanted.

This was a rough year. It’s fine not to have grown, it’s fine not to have improved, it’s fine to have simply survived. And no one is setting a better example for this than the man who, against all the odds, remains our prime minister. There has been criticism of Johnson’s leadership in this period. Certainly, his initial policies of, “It’s probably fine” and, “Let’s all go watch the horse race and cough directly into each other’s mouths” proved unwise. His refusal to countenance an October “circuit breaker” lockdown and suggestion that we “dress up as really scary things for Halloween and spook the virus into jolly well sodding off” was also suboptimal. At times, watching this man give press briefings about death statistics has been like watching Elmo deliver a Ted Talk on salmonella, in that nothing about his voice, manner or personality suited the seriousness or complexity of the subject matter.

But now, he has finally managed to set an appropriate example for his public, by showing that it is possible to emerge entirely unchanged by the last year. He seemed to have acquired a degree of solemnity immediately after his own experience with the disease, but then quickly reverted to type. Fittingly for a man whose whole personality is a controlled experiment in what would have happened if the ghosts of Christmases past, present and future had turned up to scare Scrooge, but had missed him because he’d been out shagging, Johnson is coming out of the experience much the same as he went into it.

A lesser man would be extolling the virtues of community spirit; instead, he told Tory MPs that the UK’s vaccine success was the result of “greed”. A weaker individual would be pledging his commitment to a more tolerant and open-hearted society. Instead his office was accused of doctoring a report on racism and claimed Prince Philip’s racist remarks were a way of “trying to break the ice”. A less robust customer would be begging forgiveness for his sins and committing to improve his behaviour. Instead he dodged questions about his dealings with Jennifer Arcuri while the government voted against a parliamentary inquiry into the lobbying scandal involving David Cameron, a man with whom Johnson remains engaged in mortal combat for the title of All-Time Worst Prime Minister: truly a bout that could go all the way, like the Thrilla In Manila for white people.

So, I say to the good people of the United Kingdom reading this (and my fervent hope is that you’re reading it in a pub garden, feeling a swell of optimism while someone is saying something banal about the weather): enjoy your freedom and don’t beat yourself up if you didn’t get any better. The man in charge sure as hell didn’t.